Bakkie Pleur Coffee Liqueur is made from Moyee coffee grounds!
We have selected the Triple Blend in this package. This coffee is best to bring out the fruity notes with chocolate and caramel aromas in this cocktail.

This package contains 250 grams of Triple Blend beans, and you get the coffee liqueur from us. All you have to do is get the Vodka.

To make the Espresso Martini we have made a special Brew Guide for you. With a few simple steps, you can enjoy this delicious cocktail in no time! Check out the Brew Guide here:

‘Wake me up, and then fuck me up’ were the famous words that preceded the creation of the Espresso Martini. The Espresso Martini was invented by Dick Bradsell in London. He was working at the Soho Brasserie, and was close to the coffee machine when a girl came in who later became a famous supermodel. Although he never confirms that, many people are convinced that it was Kate Moss who ordered a drink with the words: “wake me up, then fuck me up”. It inspired him to achieve exactly that with coffee, coffee liqueur, martini and vodka.

The liqueur has a full taste of coffee and a hint of nuts. A touch of citrus and vanilla make the liqueur soft and drinkable. You’ll also taste a little touch of orange. There is also a little orange peel added from peels that remain when pressing fresh gravy. 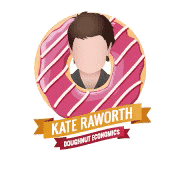